The tradition of painting on Paesina Stone is linked to experimental techniques dating back to the 1500s carried out by the Venetian painter Sebastiano del Piombo. This tradition was also popular in Florence when, in 1588, Grand Duke Ferdinando I de’ Medici set up the Opificio delle Pietre Dure, a workshop specializing in the processing of valuable, rare stones to be used primarily in the decoration of the Cappella dei Principi in San Lorenzo (the Chapel of Princes).

This tradition continued throughout the 17th Century in the Florentine area and was particularly popular in the times of Grand Duke Cosimo II, when a great number of paintings on stone were added to the inventory of the Medici Collections.

Among these there are especially many works carried out on polished slices or slabs of a particular variety of alberese limestone, found near Florence, commonly known, according to the lithic veins, as Paesina Stone, streaked by the Arno River.(S. Bellesi, Otto dipinti su Pietra Paesina p. 7)

Among the many artists who painted on Paesina Stone, we can mention Filippo Napoletano (between 1617 and 1621), Francesco di Jacopo Ligozzi, of which the museum of the Opificio delle Pietre Dure in Florence preserves an exceptional work, "Dante and Virgilio during the descent to the hell", and above all Stefano della Bella, who worked in Florence from the time of his return from Rome to his departure for France (1637-1639) and again after his return to Florence in 1650. 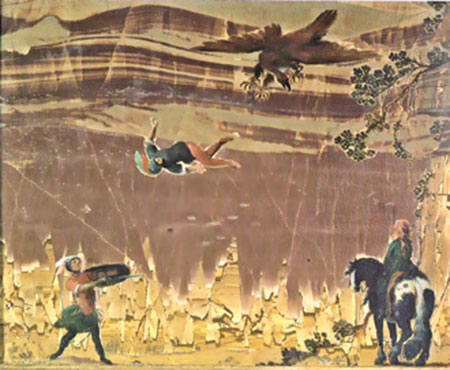 (Fig. 4 – Francesco di Jacopo Ligozzi, “Dante and Virgilio during the descent to the hell”) – Painting on Paesina Stone